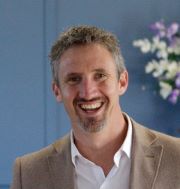 12And it came to pass in those days, that he went out into a mountain to pray, and continued all night in prayer to God. 13And when it was day, he called unto him his disciples: and of them he chose twelve, whom also he named apostles; 14Simon, (whom he also named Peter,) and Andrew his brother, James and John, Philip and Bartholomew, 15Matthew and Thomas, James the son of Alphaeus, and Simon called Zelotes, 16And Judas the brother of James, and Judas Iscariot, which also was the traitor. 17And he came down with them, and stood in the plain, and the company of his disciples, and a great multitude of people out of all Judaea and Jerusalem, and from the sea coast of Tyre and Sidon, which came to hear him, and to be healed of their diseases; 18And they that were vexed with unclean spirits: and they were healed. 19And the whole multitude sought to touch him: for there went virtue out of him, and healed them all. (KJV)

12For as the body is one, and hath many members, and all the members of that one body, being many, are one body: so also is Christ. 13For by one Spirit are we all baptized into one body, whether we be Jews or Gentiles, whether we be bond or free; and have been all made to drink into one Spirit. 14For the body is not one member, but many. (KJV)

A Message from Ian Olver - February...